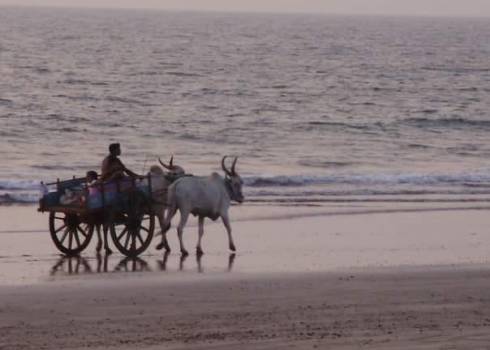 A Minute of Silence

A Minute of SilenceFor the unfinished chapters, the dusty fridge tops, the ignored payment reminders, the binned leftovers,The chaos behind shut wadrobe doors. A Minute of SilenceFor what ifs, may bes, could bes, should haves, but onlys. A firmer resolve for some compassion,To quit this motion of inflicting violence. 9 September 2018

Ah! Sixteen this age, ripe and tender,I have my guitar and endless songs on my lips.I aspire Kate, I believe in Bourdain.Little do I know of this dance on the tightrope.I await like the cold dark green henna on a bride’s palmdesiring to set into a deep maroon. Ah! Twenty-five this age, determined and brave,I have my map and endless plans about my trips.I aspire Kate, I believe in Bourdain.I am learning this dance on the tightrope.I roll my dice like a debt-ridden gamblerwanting to welcome a windfall. Ah! Thirty-one this age, knowing and humble,With guitars and maps, songs and plans.I have learnt the secret to the tightrope is to embrace the fall.I aspire to be my own Kate. I believe in my own Bourdain. 20 June 2018

I remember him standing with his hands on waist with legs spread wide apart,Watching cricket in his checkered blue shirt. I remember my heart skipping a beat as I noticed him,Wondering if he is the one. I remember convincing him to eat kheema-pao at the humble Cafe Gulshan,Withdrawing that for a tete à tete at Tasting Room. I remember noticing CEO’s reflection in the mirror in front of me,Wanting him to disappear as I chatted nonchalantly with a glass of Rose. I remember us sitting in front of an eager Dad,Weighing a dozen thoughts in my little head in a split second. I remember saying a YES. 16 June 2018

A bustling vibrant market with the aroma of coffee beansLounging around in unwashed tee and jeans A silent tear as the Bhairavi ends in an ovationWatching a melodramatic movie for the Nth time giving you the same sensation Completing my sentences whilst pressing their arms against mineUnspoken words between us staring silently at a glass of wine His half sunlit hazel eyes as they search for me in a crowded roomThe soft twinkling fairy lights in midst of winters gloom Her gentle fragnance comforting my nose as I hide my head on her lapTucking into familiar bedsheets for an afternoon nap Brushing my hair strands behind my ears as he holds my faceWhilst I quietly slip into his warm embrace This and somewhere in betweenI return to a place called home. 13 April 2018

Silly stupid cherry treeJovial and carefree. Playing with the robins,singing to the bees.Weeping with the hollow wind,giving an ear to the passer-byfor it was gentle and kind. You could mistake itfor the wise oak,For it had taken perilious journeys,As it stood solitaryon the rounded hillock. Silly stupid cherry treeJovial and carefree “You blossom too much, little cherry”, moaned the robin.“You need to shed the leaves now”, thats the land’s decree.“Is it true?”, enquired the cherry tree,with the moaning wind and singing bees.Oh yes, yes, yes!! Yes, ofcourse you stupid silly cherry tree. Only the easterly wind took pity.He assured that the blossoms looked pretty.It spoke to her of the festival of Hunami and the orchards in a faraway city. So the brave cherry, wriggled and persisted,But then its deep roots resisted.The howling strong winds had its branches twisted.Whilst the singing bees had it desserted. Stupid silly cherry treeWrecked and brought to its knees. Days, weeks and months went by,The cherry continued to moan and sigh, it stood halfway uprooted and branches twisted. Little saplings of cherry bloomed nearby.“Dont blossom too much”, they were warned. For here lies the stupid silly cherry treeOnce jovial and carefreeNow wrecked and brought to it knees. 5 May 2018.